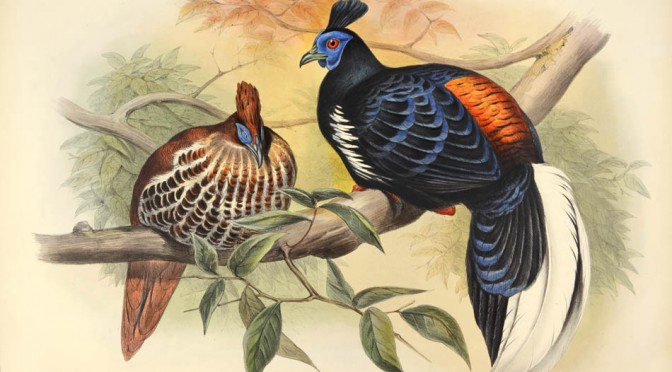 The directors of Scholium Group plc ("Scholium",
the "Company" or, together with its subsidiaries, the
"Group") present their report and financial statements for the Group
for the six months ended 30 September 2016.

During the period under review, the business suffered from a
slowdown in material discretionary purchases by customers in the three months surrounding
the UK referendum on EU membership.  This slowdown caused sales in May, June
and July to be poor, but in August and September there was renewed interest in
stock, particularly from non-Sterling buyers.   In addition, weaker
Sterling has made it more attractive to sell some items by auction in the USA. Numerous
items, both valuable and less valuable, have been placed into carefully
selected auctions, which should benefit the results, and cash, for the second
half of the financial year.

The pick-up in sales has continued since 30 September.
Nevertheless the board is taking action to reduce both the size of its operating
costs and stock of rare books.  Annualised savings of approximately £320,000
have been identified and are in the process of being implemented. Furthermore,
an orderly but accelerated process to realise a segment of book and print stock
has commenced.

Jasper Allen, Chairman of Scholium, noted “We are
disappointed to have incurred a loss of £239,000 in the first half of the year,
particularly due to concerns over the referendum period, but we are encouraged
that sales are showing signs of improvement.  The cost savings we are
implementing as well as the stock optimisation programme will deliver a leaner,
more effective business for shareholders.

“We remain encouraged by the improved level of sales since
August and are focussing our efforts on delivering the best result possible for
the full year.”

Scholium Group companies are involved
primarily in the trading and retailing of antiquarian books and other works on
paper, as well as dealing in rare and collectible items in the wider art
market.

The group of businesses comprises:

•
Shapero Rare Books, a dealer in rare and
antiquarian books and works on paper, located in Mayfair, London; and

•
Scholium Trading, a company set up to trade in
conjunction with other dealers in high value rare and collectible items.

The Group earns revenue from:

•
the sale of rare books and works on paper
through Shapero Rare Books; and

•
the sale of other rare and collectible items
through Scholium Trading.

The Group’s strategy is to:

•
optimise the level of antiquarian stock whilst
maintaining the trade of Shapero Rare Books; and

•
continue to develop Scholium Trading by trading
alongside other dealers in high value rare and collectible items and by
participating in the acquisition for onward sale of large consignments.

The Directors intend, in due course, to
provide an attractive level of dividends to shareholders along with stable
asset-backed growth driven by the markets in which the Group operates.

Our current principal KPIs are:

•
the breadth and distribution of the stock of rare
books held by the Group;

The Group struggled in the first quarter of the current financial
year.  Whilst its core business slowed, there was a perception that
customers were delaying material acquisitions around the period of the UK
referendum on EU membership.  After the referendum, the business broadly
performed to expectations.

This weakness materially affected performance for the 6
months under review as a whole.  Turnover decreased by 36% compared to the
same period in the prior year.  However, as announced on 13 October, the
business has been successful in increasing its margins, with the result that
Gross Profit decreased by only 18% to £903k (2015: £1,107k).

Your board has recognised that the performance of the
business does not justify its relatively high fixed cost base; and that
applying capital to grow the asset base of the book dealership has not
delivered the expected return on capital.  As such, we are taking steps to
reduce the cost base — approximately £320,000 of annualised savings have been
identified across the business and are in the process of being implemented.
Furthermore, an orderly but accelerated process to realise a segment of book
and print stock has been commenced.

The Shapero brand trades out of the St. George Street
premises.  It includes Shapero Rare Books and Shapero Modern.  The
bulk of the trade, through Shapero Rare Books, is in rare and antiquarian books
and works on paper.  Shapero Modern is a newer brand which was set up in
2014 to participate in the increasingly large international trade in modern and
contemporary prints.

Approximately £280,000 of annualised savings have been
identified in this business which, the board believes, can be implemented
without a material reduction in operating profitability.  Some of these
costs are contractual and will take time to be implemented whilst others are
purely discretionary and have been executed in each case at negligible cost.

The Shapero Modern brand is currently under review. Whilst
it provides a valuable gross profit contribution to the business, it is
expensive to operate and occupies valuable prime West End floorspace.

Scholium Trading was set up to trade alongside third party
dealers in rare and collectible items.  It typically trades in
larger-value items and shows a lumpier, but higher margin revenue stream. Scholium
Trading had approximately £975k of capital allocated to it as at 30 September
2016 (2015: £1,035k).  We do not allocate any costs to the business, but its
capital makes a material contribution to the overall profitability of the
business.

The Central Costs of the business include all board
directors (no costs are allocated to subsidiaries) and the various incremental
costs associated with the AIM listing.  In the six months ended 30
September 2016 these costs fell by 10% to £157k (2015: £174k) as compared to
the prior year.  More than £40,000 (part of the £320,000 from above) of
annualised cost savings has been identified, and is being implemented.

We are pleased that the improved trading first noted in
August continues. We are confident that rationalising the Shapero brands and
converting many of the fixed costs to variable costs will deliver a business
which can be more reliable when trading through adverse conditions and will be
better aligned with the interests of shareholders. It remains, at this stage,
too early to assess whether the outcome for the full year will meet market
expectations.

Like all businesses, the Group faces risks
and uncertainties that could impact on the Group’s strategy. The Board
recognizes that the nature and scope of these risks can change and regularly
reviews the risks faced by the Group and the systems and processes to mitigate
such risks.

The principal risks and uncertainties
affecting the continuing business activities of the Group were
outlined in detail in the Strategic Report section of the annual report
covering the full year ended 31 March 2016.

In preparing this interim report for the
six months ended 30 September 2016, the Board has reviewed these risks and
uncertainties and considers that there have been no changes since the
publication of the 2016 Annual Report.

This report is made solely to the
company in accordance with the terms of our engagement.  Our review has
been undertaken so that we might state to the company those matters we are
required to state to it in this report and for no other purpose.  To the
fullest extent permitted by law, we do not accept or assume responsibility to
anyone other than the company for our review work, for this report, or for the
conclusions we have reached.

Our responsibility is to express
to the company a conclusion on the condensed set of financial statements in the
interim report based on our review.

We conducted our review in
accordance with International Standard on Review Engagements (UK and Ireland)
2410 Review of Interim Financial Information Performed by the Independent
Auditor of the Entity issued by the Auditing Practices Board for use in the
UK.  A review of interim financial information consists of making
enquiries, primarily of persons responsible for financial and accounting
matters, and applying analytical and other review procedures.  A review is
substantially less in scope than an audit conducted in accordance with
International Standards on Auditing (UK and Ireland) and consequently does not
enable us to obtain assurance that we would become aware of all significant
matters that might be identified in an audit.  Accordingly, we do not
express an audit opinion.

Based on our review, nothing has
come to our attention that causes us to believe that the condensed set of
financial statements in the interim report for the six months ended 30th
September 2016 is not prepared, in all material respects, in accordance with
the recognition and measurement requirements of IFRSs as adopted by the EU and
the AIM rules.

For and on behalf of

These interim
financial statements were approved by the Board of Directors on 29 November
2016 and signed on its behalf by Simon Southwood.

Statement of changes in equity

Scholium Group plc and its subsidiaries
(together ‘the Group’) are engaged in the trading and retailing of rare and
antiquarian books and works on paper primarily in the United Kingdom. The
Company is a public company domiciled and incorporated in England and Wales
(registered number 08833975).The address of its registered office is 32 St
George Street, London W1S 2EA.

These condensed interim financial statements
of the Group for the six months ended 30 September 2016 (the ‘Period’) have
been prepared using accounting policies consistent with International Financial
Reporting Standards (IFRSs) as adopted by the European Union. The same
accounting policies, presentation and methods of computation are followed in
the condensed set of financial statements as applied in the Group’s latest
audited financial statements for the year ended 31 March 2016. Amendments made
to IFRSs since 31 March 2016 have not had a material effect on the Group’s
results or financial position for the six-month period ended 30 September 2016.
While the financial figures included within this half-yearly report have been
computed in accordance with IFRSs applicable to interim periods, this
half-yearly report does not contain sufficient information to constitute an interim
financial report as set out in International Accounting Standard 34 Interim Financial
Reporting. These condensed interim financial statements have not been audited, do
not include all of the information required for full annual financial statements,
and should be read in conjunction with the Group’s consolidated annual financial
statements for the year ended 31 March 2016.The auditors’ opinion on these
Statutory Accounts was unqualified, did not draw attention to any matters by
way of emphasis and did not contain a statement under s498 (2) or s498 (3) of
the Companies Act 2006.

Basic earnings per share
amounts are calculated by dividing net (loss)/profit for the year or period
attributable to ordinary equity holders of the parent by the weighted average
number of ordinary shares outstanding during the year.

The Company has 704,000
potentially issuable shares all of which relate to share options issued in the
year ended 31 March 2015 all of which have a strike price of 100p per
share.  As a consequence, the number of basic and fully diluted shares in
issue are equal.

No new shares were issued
during the period, and the Company had 13.6 million shares in issue at the end
of the period.

6.
Trade and Other Receivables

7.
Trade and Other Payables